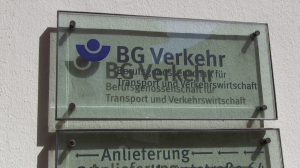 The BG-Verkehr is the mutual employer safety and liability insurance in Germany. Contrary to many other civilized countries in Germany a worker can only claim compensation and a pension from this insurance unless he is able to prove intend of his employer in cases ere he received work related injuries. But he/she has also to prove to BG Verkehr that his injury is work related. On the other hand BG has the obligation to prevent injuries of workers. In regards to cabin air contamination the responsible BG Verkehr falls short of this requirement, according to politicians and unions.

It is interesting to notice that BG only «admits» expertise and scientific studies of their own institutes and the scientist and medical personal employed there but rigorously rejects what independent scientist have found out so far. Such statements (of their own experts and institutions, such as e.g. IPA institutes) are then used in court proceedings against the claimants. There also seem sot be a strong affiliation to Mr. Wolfgang Rosenberger of MHH and his findings.

Almost all denials bear the underlying expertise of Mr. Ulrich Metzdorf of BG Verkehr. Scientifically these reports are regarded as «very poor» by specialists in the field. His (Metzdorfs)  argumentation is deriving the conclusion that «absence of evidence» equals «evidence of absence» which is a reversal of an analogy that is scientifically not permitted, nor legally («in dubio pro reo»).

Despite that BG-verkehr has always claimed that there is nay a very small number of affected crew members these figures are adding up and are constantly rising.

As of Summer 2016 there were at least 22 cases pending at the German Social Courts (Sozialgerichte). Since 2008 some 1.000 cases have been reported to BG-Verkehr. Each year around 400 new cases add on top, according to a parliamentarian request conducted by the Green MP Markus Tressel.

But so far only very silently an unknown number of cases has been settled. Unfortunately the crew members who won these cases keep this information as a secret.

The BG Verkehr declined to be interviewed by Tim van Beveren on the subject and specific cases despite that the persons involved in these cases did clear BG from its secrecy obligation about their private information and cases.